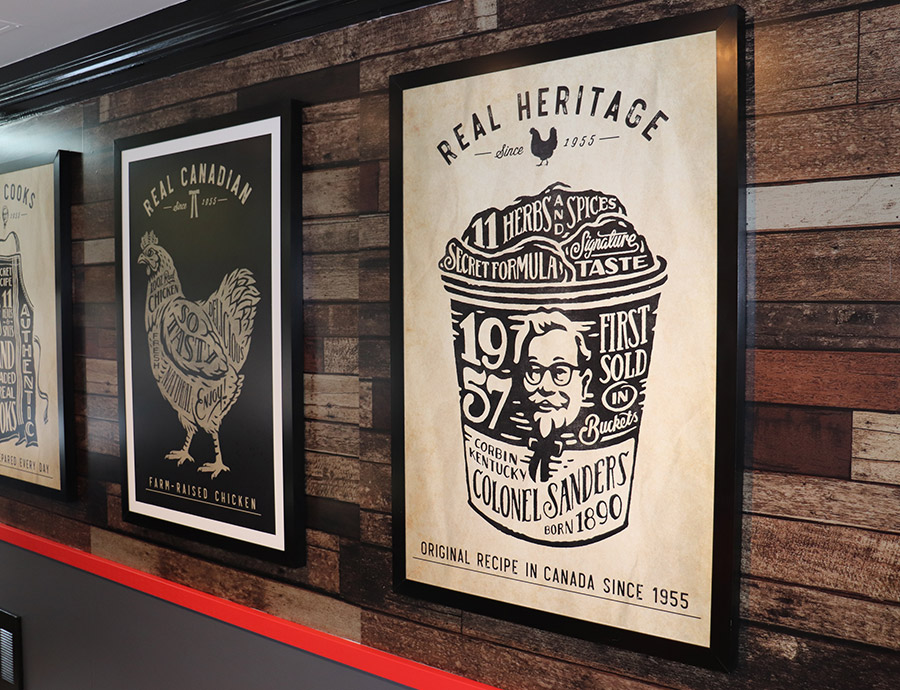 Since 2005, Dayton Mills has provided New locations as well as Interior & Exterior Branding Upgrades for KFC.
Structural, as well as Architectural upgrades have been included for new roof lines, canopies, and (BC) Code changes. All improvements have been carried-out keeping the facilities open or with minimized shutdowns. From complete Kitchen and “Front of House” demolition and rebuilds, to assisting with maintenance requests, these restaurants vary between 1,500 and 3,500sf. Projects have included Hazmat Abatement, Seismic, as well as envelope and landscape improvements, sometimes, within “bubble-wrap” and scaffolding, during Winter Storms… 🙂

A few pictures show you the exterior “Before and After”, in Victoria, BC: Structural and seismic upgrade of existing single storey, concrete block and wood framed building.
Work also included abatement, demolition of concrete planters, interior concrete floors.
Exterior was repainted and the main fascia was refinished for rebranding.